Know what this is? It’s my fake plant…looking a little worse-for-wear from a couple of winters exposed on my back deck (yes I’m so great at gardening I can even kill fake plants!).

But, do you see that little green bit at the bottom…do you know what that is? 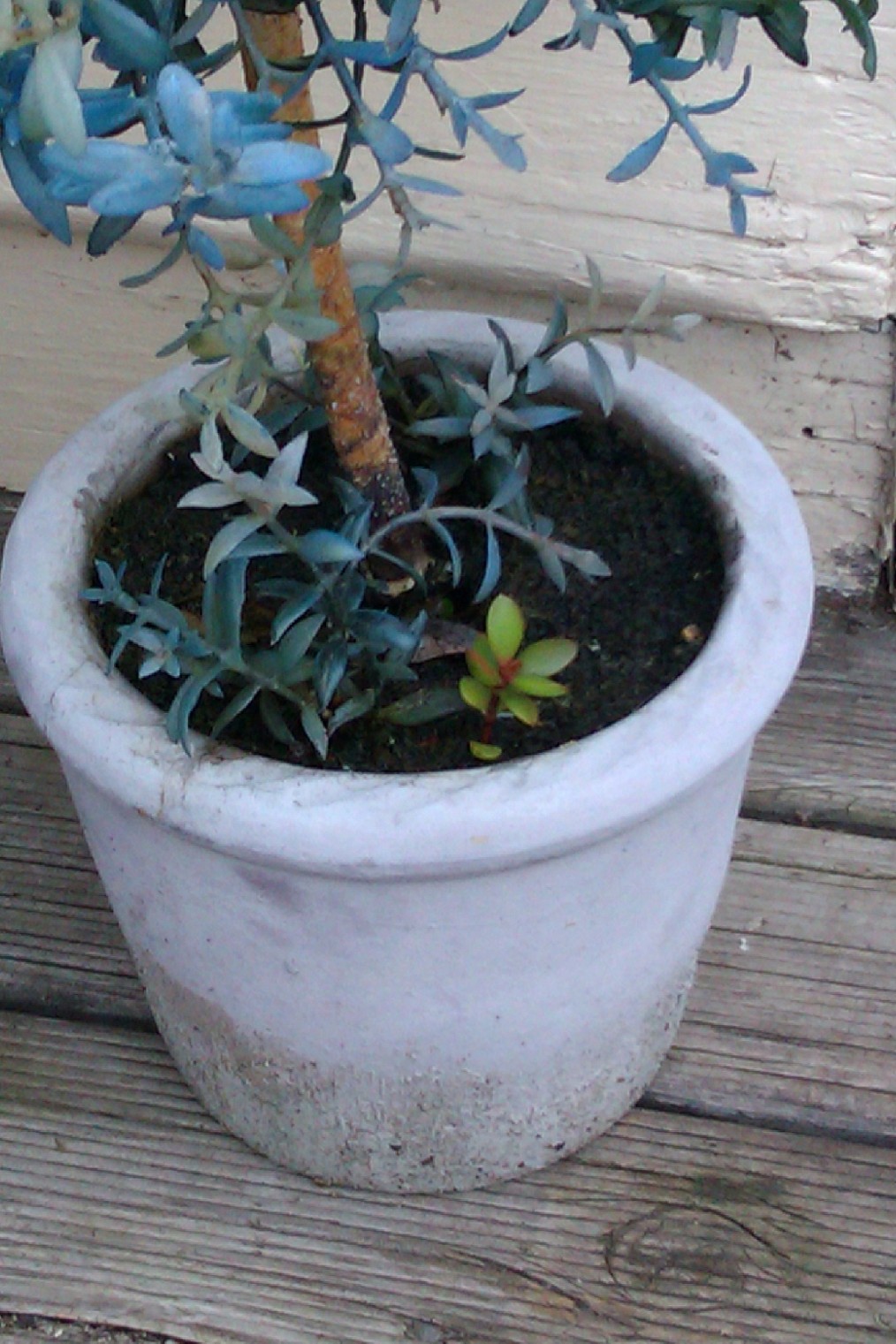 That little one at the bottom, that one that’s a different colour to the rest, that’s a REAL plant that is. A real plant is growing in my fake soil.

There are no words for this. “Resilience” comes to mind, but this picture is about more than that. Tenacity…except this is more than that, too. This little plant is stepping out and doing the impossible, right here on my back deck. The word “neglect” comes to mind, too…it’s only because I ignored it for so long that such a miracle happened; but at the same time that little plant stepped out and grew simply because nobody told it that it couldn’t. No limits. And the last one, most powerful reminder for me as a writer of stories: Fictional Dirt has the power to produce Factual Changes.

As I write this it occurs to me that there were a lot of areas of my life that were fake dirt when I was younger. At times there was a lot more neglect than there was nurture, but because there weren’t people around me telling me I couldn’t (or shouldn’t) do things, I did them anyway. Nobody ever told me they weren’t possible. And today I’m grateful for the fake dirt that I grew in.

How about you? Ever felt like you’ve been planted in fake dirt? It isn’t easy, but you CAN grow. Embrace the flipside of neglect…learn to love the no-limits. Believe in it. I believe in YOU!

2 thoughts on “Things my fake plant has taught me”