Yesterday was a big day. We packed up the family and the luggage yet again and drove out of Indiana, down through Kentucky, to Tennessee. 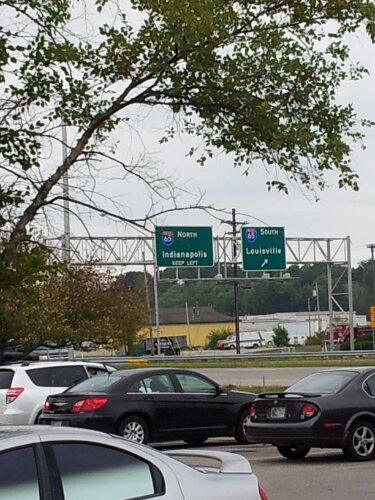 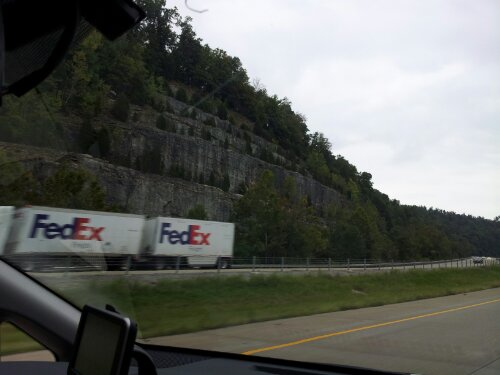 We watched as the landscape thickened and greeted into dense ivy covered forests, and as the sky thickened and drew close. The freeway was wide, the interruptions few, and four hour’s later Kenty was behind us.
I didn’t expect it to feel different, but it did. Indiana is the Midwest, but Kentucky, the next door neighbour down, is the South, and it felt it.
I think it was the ivy. It covered everything, the trees, the power poles, anything that sits on the ground for too long finds ivy growing up it. It felt lush, fertile, boundless in history and collective memory.

I didn’t photograph them, and I don’t really know why they were there, but on two different spots on the side of the road there were large white crosses, a big one in the middle, maybe six foot, and a smaller one on either side. No flowers, no sign. The thought came to me in a flash that we were driving into territory where, not all that long ago, they killed people simply because they were black. That’s the sadness those crosses reminded me of. It saddens me deeply that there are people still here who think like that

The crickets and cicadas here are so loud you’d need earplugs to sleep outside peacefully. It’s so humid it feels like you’re breathing under a blanket. All the women wear cowboy boots. Everyone you meet goes to some church or another. In short, this place is so different to anything we’ve ever experienced at home. 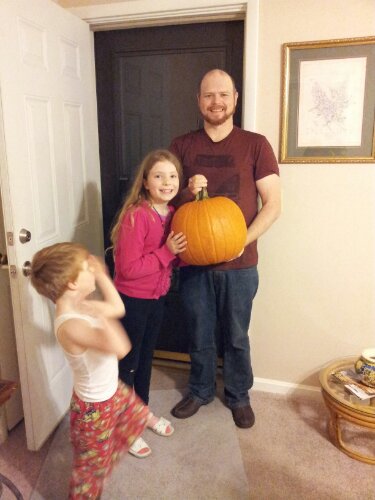 My kids feel it too, the difference, but in a different way. I sat quietly for a while last night and thought about the South, the lynching, the civil war, the landscape, the history, the collective memory and the largeness of the day. And then I read my four year old son’s diary entry. He’d written (or dictated) this:
We got a new house…we got a new car because we drived there. The new car was blue. We had pancakes and I bought a fan…before we left the hotel we had breakfast and it was a help yourself breakfast and we had some of the help yourself breakfast. In the shop I got my fan from there was a tap that had a lever that I thought made the water come out but there wasn’t you just put your hands under to make the water come out and the water comes out.

I’m sorry Kentucky. I’m sorry Tennessee, and sorry to all those who died in the civil war, and all who died tragically in these lush green surrounds. He’s four. I cared. He just cares about the motion sensor taps.
It just goes to show, what you perceive is all about who you are.

2 thoughts on “The South, and who you are”