I’ve had a hard time recently (yes, I’m being very honest here, be nice to me, okay?). Something came up, an issue, a problem, with someone I loved dearly, and trusted. A close friend. It may have been a small thing, but it hurt me unimaginably, left me with those deep feelings of wanting to lash out, wanting to hurt back. Spite. I’m not a spiteful person; I’m not a vindictive person at all, and the fact that I was feeling such feelings scared me.

It felt like I was in grade four again, this stupid attitude of “he sat next to her and not me”, or “she promised me that I could come to her sleepover, and then she invited somebody else instead!” Dumb stuff. Kid stuff. I’m a mature adult, and I earned that maturity through a lot of dumb mistakes I’ll not make again.

In other words, I Know Better.

I do! I know that love is a choice not a feeling. I know that life goes in seasons. I know that hearts mend, that people grow and change, that sometimes stuff is hard. This knowledge hasn’t stopped me wanting to lash out though, to take my hurt to Facebook and wail about it.

I haven’t. And I WON’T. The problem is mine, not my friend’s, and doing anything like that would only make it worse (okay, MUCH worse), and I’d regret it. And I know I won’t always feel this way. Heck, by the time I post this I may not even feel this way any more.

What I did do, though, was this:

I talked to people, in person. I chose trusted friends, people who weren’t connected to my friend or the situation; people I knew who loved me and who could listen to me without judging and without condemning me or telling me I sound like a ten year old. People who could just listen. It helped. A lot.

You know, one of the big things I realised from it was this: much as it’s hurt, and much as it’s made me wonder why I ever bothered getting close to people in the first place if this is how it’s going to wound me, it’s precisely because I chose to get close to people, to allow them into my world, that I’ve got access to the friends who listened and cared when I needed them. I spent years, because of experiences like the one I’ve had with my friend recently, keeping people at a distance so I wouldn’t get hurt. It was lonely. I ached with it. It took me years to allow myself to get close to people, and then when I did…

…and then when I did allow myself to get close to people and I got hurt, there were others there, a whole network of people who could offer me a hand, an ear, some grace, while I got myself up again.

I still love my estranged(ish) friend dearly. Hello, estranged(ish) friend, wherever you are. And, no matter the stupid feelings I’ve been going through of late, that once-upon-a-time long-ago decision to love people, to allow myself to get close to people again, was worth it.

Remind me of that tomorrow, when I go through this same stinking emotional roller coaster again, okay? 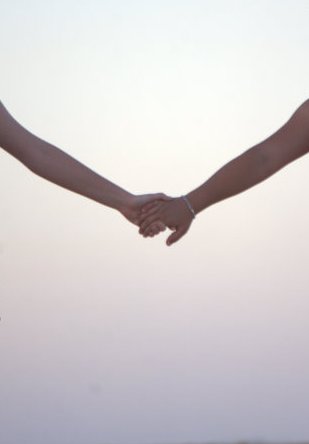 9 thoughts on “On Friendship, Heartbreak, and Being Worth It.”