Today is Dad’s funeral. I feel heart-sick and soul-lost, even though I know where, and with whom, I am.

I went to visit him yesterday at the funeral home, with a stained-glass windowed room and a cd playing pretty, flowery, instrumental music that I didn’t think I’d ever appreciate as much as I did. I processed my feelings in the only way I knew how: I wrote. This is it.

He doesn’t look like Dad any more, although looking at old photos that I do remember and seeing a face I don’t remember, I wonder if he ever did look like my dad. I don’t know.

He’s not there, anyhow.

I don’t know why I’m crying. Maybe it’s because he looks so old and small and frail and broken and used. Seventy eight years that body did him. That’s more than most cars get. More than fridges and washing machines. Not that they had them seventy eight years ago, not when Dad was a baby.

His lips look wrong, and he’s fuller in the face than he was even a week ago, when I last saw him alive. I think that’s probably fluid or some such thing. I don’t think it’s the undertaker’s fault.

It doesn’t look like Dad. He looks like the wax models we saw at Madame Tussauds in Hollywood, some of them just not quite, in the subtlest way, who they should be.

He’s not Dad. He’s not there any more.

God his nose is big.

The top of his head is blotchy and freckled and age-spotted from years of sun and baldness, and funnily enough that’s the thing that’s most familiar to me, that head he rubbed so much. They shaved him smooth on the face. It looks kind of weird too, even though he’s never had a  beard, and once when I was little he threatened to grow one and I screamed and cried because I knew that my daddy with a beard wouldn’t be my daddy any more, and he didn’t.

And now he isn’t. So many times this week I’ve questioned how well I really knew him. I don’t know. Maybe I never will. What I do know is this: I don’t want to wipe those tears and pack up these feelings and walk out like this has never happened. I don’t want to say goodbye. I feel like I’ve been still waiting for a chance to say a proper “hello”.

I hope you’re well now. You’d be pleased to know they’ve got your neck straight now, and I polished your shoes before I gave them to the funeral home. I can’t remember if I gave them your belt, but you’re not going anywhere so your trousers won’t fall down.

Your coffin is nice, it’s a dark wood with nice silver handles. Well, I can tell by the corner that it’s laminate, and the handles are probably plastic, but it looks nice, and it still cost the earth. We didn’t go for the cheapest one there because it was a bit ugly really, and you deserved better than ugly. We chose you some nice flowers for tomorrow too, some blue things, and some lilies. Your lid will be on then, but I’ll know you’re in there.

I bought myself some new shoes for tomorrow too, red ones. They’re really nice. You’d like them. And Christmas was nice, but I missed you. I bought you a calendar, and some new socks – good ones. I opened a pair of the nicest colour and gave them to the funeral home with your other things. I hope you like them.

Well, that’s that I guess. I guess I’ll see you in Heaven, but I can’t think about that right now.

I’ll see you tomorrow, for the funeral.

Thanks for being my dad and all. You did all right. Thanks for teaching me how to follow my dreams.

I’m going to get a coffee. 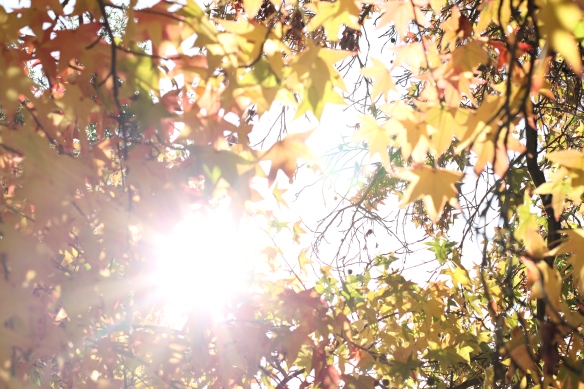 17 thoughts on “The last goodbye”